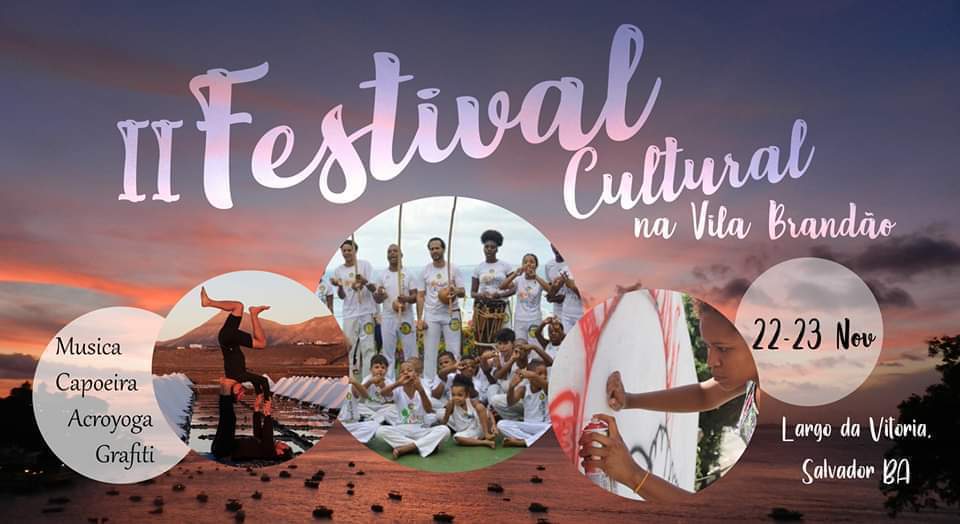 Between November 21 and 23 Acrology carried out a an artistic and cultural intervention project, in collaboration with other local groups, in a humble community in Salvador de Bahía; Vila Brandão. 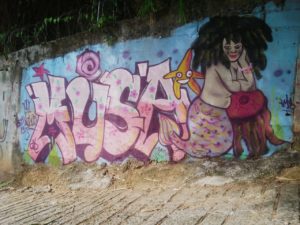 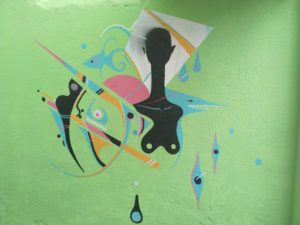 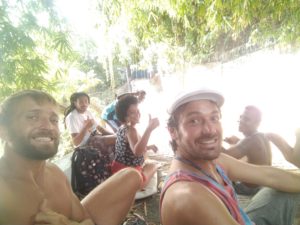 Some of the activities included an open Acroyoga workshop, a Capoeira Roda, solidary banquet, an oral health workshop for children, a graffiti day, which concentrated many artists of the city, and finally a concert of Chorinho and Samba.

In Acrology we always try to carry out or collaborate in social or community non-profit projects in which the only benefit is coexistence and human well-being. In our trips and retreats we love to go further than just getting to know local communities and exchanging information and experience with them, we also feel it is important to generate a benefit for underprivileged groups wherever we travel. This project was created to give continuity to a project that Carú started in 2014, the year in which he lived for 10 months in this community and where he was very well received. 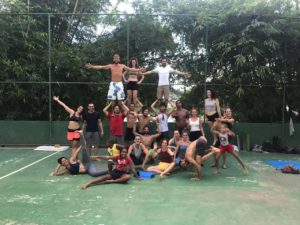 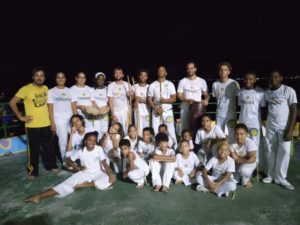 The organization of the event has already been brewing from Spain for several months. The days before the festival were dedicated to meetings with neighbours to schedule, organize the reception of artists and attendees, and create a space for conversation between neighbours and the coordinator. An important issue was to talk about the graffiti designs, which are on the one hand as a letter of introduction from the community and therefore important for the neighbours but on the other hand an artistic manifestation of the muralists, who have their own style and need some creative freedom to express themselves. The conversations were fruitful and a quick understanding was reached. 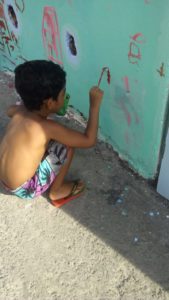 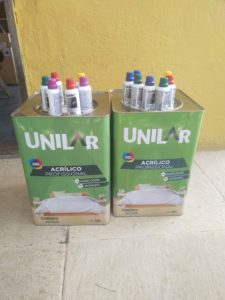 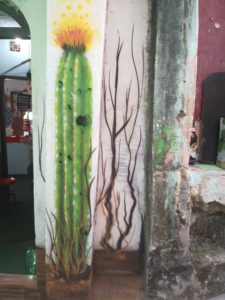 On Friday afternoon, Acrology taught an open class attended by people from the Acroyoga Salvador community, residents of the community, participants in the Acrology Retreat in Brazil and other friends. Then the group of Capoeira art Bahiana carried out a very nice capoeira Rods with children and adults. Professor Veru, who leads the group, began teaching Capoeira in the community five years earlier in collaboration with Carú and the neighbours of the community. 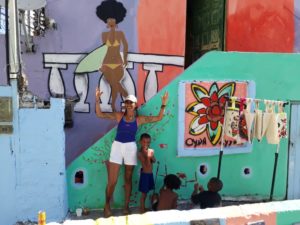 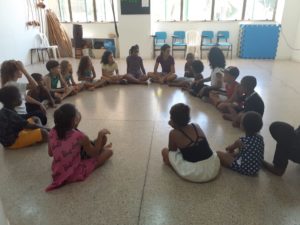 On Saturday morning the “O bomb Não para” team arrived with other artists and friends and they started with the graffiti marathon, which lasted all day until late at night. It was a delight to see how about 15 artists did their work, each with their own style. The children of the community and some neighbours also painted and collaborated with the artists.

At noon came Mònica Matos, a dentist by profession who led a fun oral health workshop with other companions for children, in which they learned by playing some tricks and methods to maintain proper oral hygiene. We are very grateful to Monica for her collaboration. Bahia is a region with a fairly high sugar consumption and certain food education deficiencies, so actions like this have a high value. 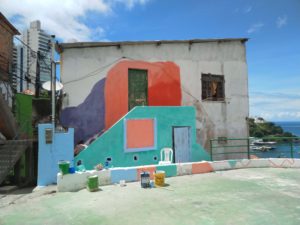 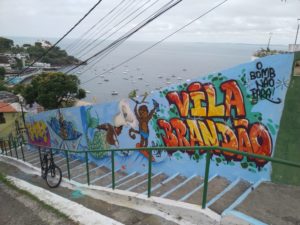 At lunchtime the artists and participants of the event were able to enjoy a delicious solidary Feijõada prepared by Lais and her husband that was cooked with food donated by the residents of the community for the festival.

In the afternoon, the members of the “Alvorecer” group formed by popular musicians arrived at the Soteropolitano Samba scene:

The group entertained the evening with Corinho and a Samba songs that lasted well into the night. In the middle of the concert there was a small spontaneous performance by a neighbour with other friends.

In summary, they were three days full of beauty art, exchange of ideas, mixture of ethnicities, cultures, social classes, healthy activities and high vibrations in a peaceful, pleasant and very human environment.

It is difficult to express in words the beauty of the energy and the moments lived during this meeting. We hope to continue raising and collaborating on initiatives like this that enrich hearts, connect human beings from different backgrounds and conditions, and bring new visions and opportunities for future generations.

We want to thank all the people and groups that participated in this event and made it possible, especially to the collective “or bomb nao para” for its great involvement and support from the beginning, to the Bahian Art Association, to the Neighbourhood Association Ascomvibra, to Partner Acrobatics for financial support, to Acrology retreat participants and to every person who put in their grain of sand. 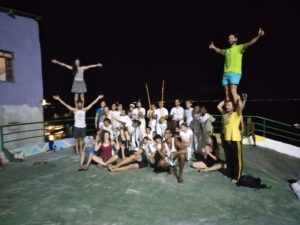