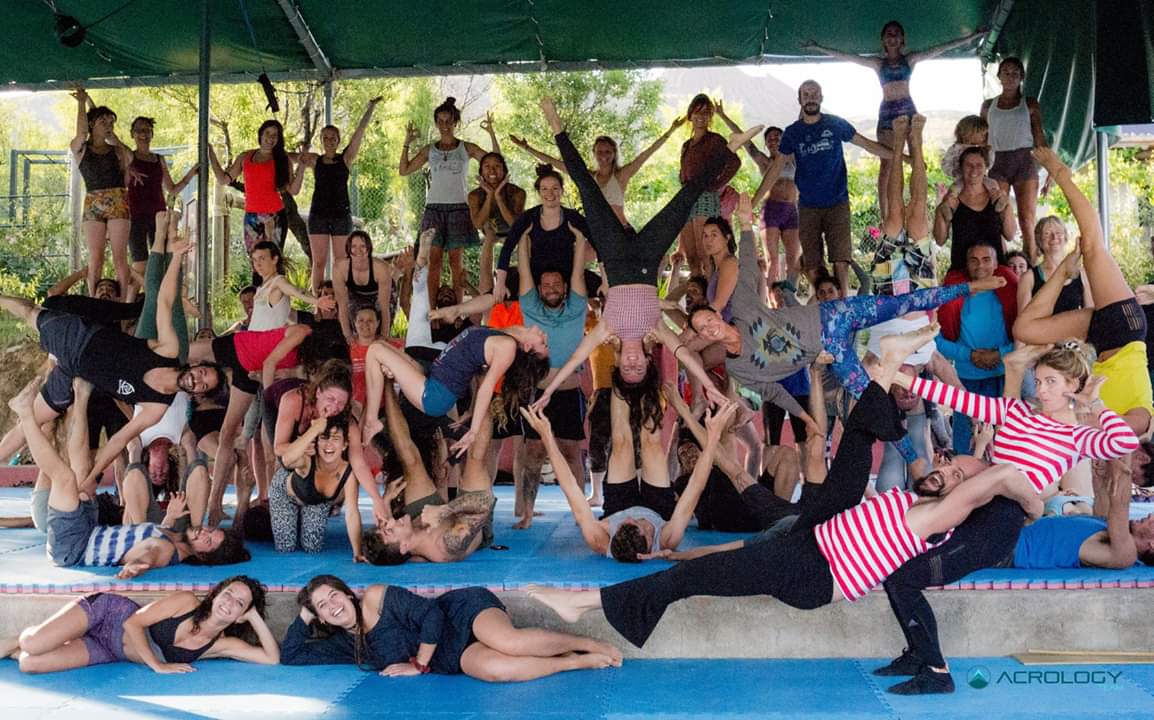 The second edition of the Granada Acrobatic Convention was a total success. About 70 people gathered in one of our favorite places in the world, the farm Cortijo Caseria del Mercado in the heart of the Alpujarras of Granada. There were 5 days of Non stop Acro with participants and teachers from all over the world. This year, in addition to the Acrology Team, we had teachers from the most recognized schools in the world such as Partnert Acrobatics, Acro Revolution, Acroyoga International, VanCityAcro, Acroyoga Siberia and also some locals teachers and artists.

But not all was only Acro, there was also space for games, Prehab, Thai massage, nights of flamenco music with bonfire under an amazing starry sky…. and even a Balkan music group with musicians of the world who lives in Granada.

We already have the dates for the next edition, which will be from June 27 to July 1 in the same place, it is rumored that there will be a preconvention too!!! Stay Tuned!!

If you want to know more about this event you can look in this web, in the acrology and granada acrobatic convention facebook or in the instagram @acrologyteam. You can also write to us at: acrologyteam@gmail.com